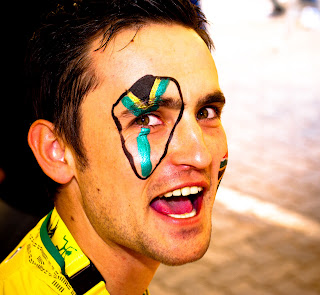 People are actually touting the Super Bowl as "the most watched sporting event ever".

Do we really need to debate this?!

More people tune into the World Cup final than any other one game simply because soccer is a worldwide sport.  This international event attracts a billion viewers (an understandably debatable figure depending on if your source is FIFA or not). Yet somehow every four years it passes by virtually unnoticed in the US.  It´s time  for America to "wake up and smell the coffee".  Soccer is simply and indisputably the happening sport around the world!

Didn´t grow up with it?  I didn´t either.  But if we want to be more global we must pay attention to the World Cup Phenomenon.

I must admit that probably only those who have experienced the World Cup outside of the borders of the US can begin to capture its pervasive, passionate hold on a country. There is nothing else quite like it in furor, emotion, following or power to unify. It is ageless and oblivious to class status or political leanings. It has the power to cancel school, close shops, delay trips and bring work days to a halt. It can even stop a war. It surpasses borders and frontiers, unlike the Super Bowl which, despite its large following, doesn´t go beyond US borders except for American expats watching around the world.