Extending My Life with Mate (mah-tay) 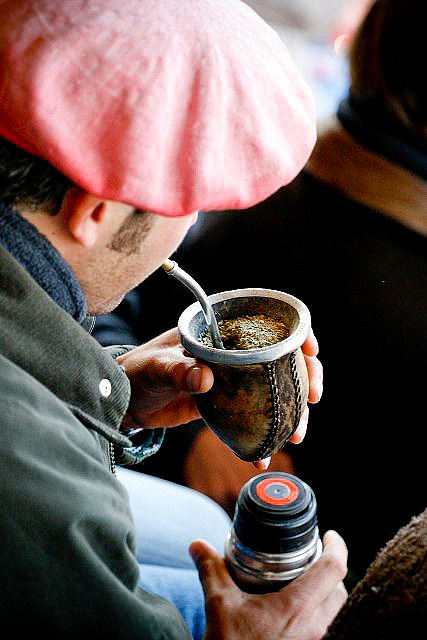 The other day a well-meaning friend sent me a link to an article on how mate causes cancer. He wrote, "it looks like a reliable source". I don´t want to appear arrogant or unteachable but if that were true, most Argentines and Uruguayans would be dead!

This test stated that if you were to smoke a pack of cigarettes per day from infancy into your 80´s, that would be about the equivalent of the mate phenomenon. Somehow, all tests are not created equally and all substances do not have the same effect on the body. I don´t care how many carcinogens they measured in a portion of yerba mate, the effects on the human gaucho body cannot be compared to smokers!

This reminds me in some ways of an article I read long ago studying what centenarians have in common. (The obvious goal being that we will learn how to live to 100 ourselves with their secrets.) The problem was that the secret of one (no alcohol) was in direct opposition to another (a glass of wine every day). Or No Smoking to smoking a cigarette per day. Or daily coffee to only green tea. While there were several areas of the world with concentrations of centenarians with several overlapping values in common (exercise, climate, hope, relationships, etc.) you still have conflicting information. In the end, we all do the best we can with the information we have.

So, what does this mean?

I´ll answer that as soon as I heat some more water for this mate......